This blog post provides an overview of the work we have developed, implemented and supported in Wrexham (North East Wales) since the introduction of the Welsh Play Sufficiency Duty in 2012.

Prior to the Welsh Government introducing the Welsh Play Sufficiency Duty, Wrexham (in North East Wales) already had a history of supporting children’s play, largely led by voluntary sector organisations. As a consequence, in 2012 when the duty was commenced, Wrexham had an established network of playwork provision that included three full-time adventure playgrounds (which themselves have received significant international acclaim), a number of year round and school holiday based playschemes, a small but influential Play Development Team within the Local Authority and a largely progressive relationship between statutory and third sector providers. Work was also being carried out on Wrexham’s second play strategy (the first strategy, despite being well written, was never really implemented) which was broad and aspirational but struggled for strategic support across the Local Authority.

Furthermore, as a consequence of there being no ring fenced funding for play through either the Welsh Government or the Local Authority, playwork (both in terms of staffed play provision and community or strategic development work) in Wrexham has always been reliant on securing funding from anti-poverty programs, which has meant continuously having to prove how supporting play contributed to other outcomes. The Play Sufficiency Duty was initially introduced on a ‘cost neutral’ basis meaning that there were no additional funds made available to support its enactment but also that there should be no less. In reality funding for play provision (both staffed and unstaffed) via the Welsh Government and the Local Authority has reduced significantly since the introduction of the statutory duty. Despite this a range of interventions at both a strategic and community level have been made, driven forward by the Local Authority’s Play Development Team. In addition, for four out of the last five years the Welsh Government have managed to make some (very) short term funding available at the end of each financial year, which has allowed some other ideas identified through the play sufficiency assessment process to be progressed.

Whilst the conditions have not been ideal for implementing the Play Sufficiency Duty in Wrexham (and more could have been achieved if there had been some reliable, ring fenced funding for play), its introduction led to a much more focussed and informed response to protecting and improving children’s time, space and permission for play, which has ultimately enabled Wrexham Council to evidence a significant improvement in children’s satisfaction with their opportunities for play across the county borough since the Welsh Play Sufficiency Duty was introduced.

Our work across three successive PSA’S

In 2012/13, in our respective roles as local authority play sufficiency lead and university lecturer, we took a particularly innovative approach to the challenge of completing Wrexham’s first play sufficiency assessment (PSA) and developing the associated action plans.

Adopting a principled approach, paying attention to children’s actual lived experiences, working from a rights rather than a needs based perspective. We used mixed research methods to capture both quantitative and qualitative data, involving more than 850 people to develop local, credible and trustworthy information. This included 160 children participating in a program of six face-to-face research sessions. The robust findings from this process were used to identify 12 strategic priorities that provided focus for the Local Authority’s work in securing sufficient opportunities for play.

Between Wrexham’s first PSA in 2013 and the second in 2016, developmental work was carried out to identify ways in which these strategic priorities could be addressed. Additional research was also commissioned to further explore how localised conditions in different communities affected children’s satisfaction with their opportunities for play. 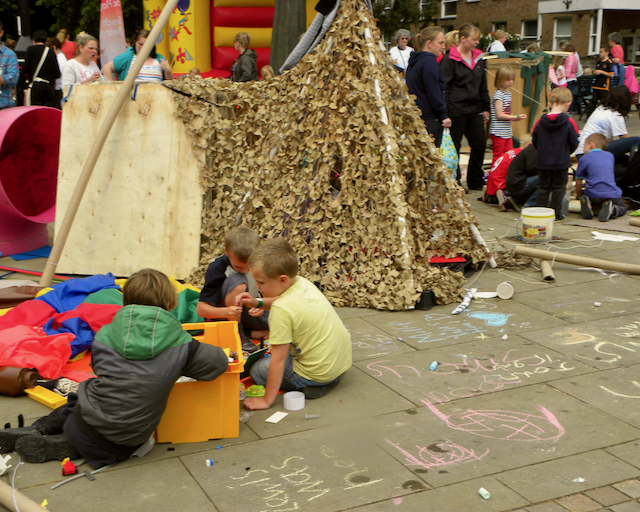 When leading on Wrexham’s second PSA in 2016, we focused on the 12 priorities identified from the initial assessment in 2013 to consider what the Local Authority had done, was doing or could do more to address these. In response to an identified need for greater partner involvement, this included working with Stuart Lester (from the University of Gloucestershire) to pilot a series of professional development workshops, with a similar process subsequently being delivered in other local authorities.

The additional research carried out for Wrexham’s second PSA, reaffirmed the Local Authority’s principled approach and resulted in a slightly amended list of priorities:

Priority 4: Secure a wider range of spaces for play

Priority 7: Secure a greater range of provision for teenagers

Priority 9: Enable parents to identify ways in which they can support children’s play

Priority 11: Improve generalised negative attitudes towards teenagers and their play 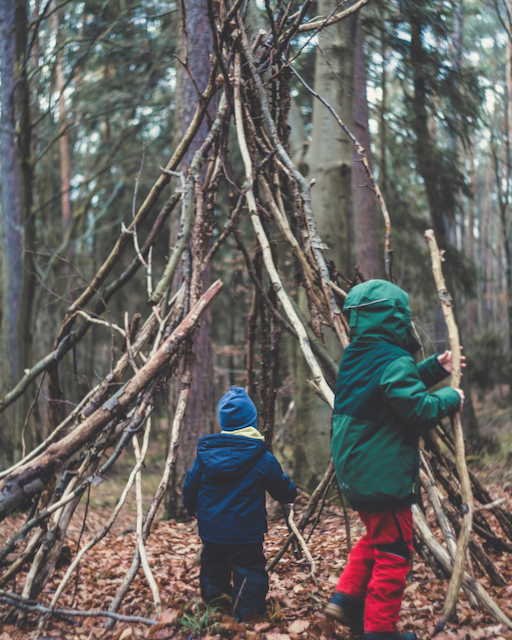 In the second PSA we then went on to identify the following key ‘systems’ that were being developed and needed to develop further to enable the Local Authority to work towards securing sufficient opportunities for children’s play across the county borough:

Planning for Play – embedding consideration of the ways in which children use and move through space into planning processes and making greater efforts to avoid inadvertently removing or constraining access to features that currently support children’s play.

Playwork as Community Development – giving greater recognition to the role of playwork, as a distinct profession working to cultivate more favourable conditions for children’s play, and securing the sustainability of these services.

Professional Development for Play – establishing a more coherent and consistent approach to developing the play workforce, providing a wider range of professionals with access to play based training and qualifications.

Play Development Team – ensuring the team that leads on the play sufficiency duty is sufficiently resourced to do so and can work proactively with communities where children report low levels of satisfaction with their opportunities for play.

Policies for Play – developing more child-centred policies that work with and in support of children’s innate playfulness and paying greater attention to the potential impacts of different policy initiatives on children’s ability to find time and space for play.

Partnerships for Play – bringing people together to further develop their ‘collective wisdom’ as to how adults might better embed consideration of children’s ability to find time and space for playing (with and without adults) into their own and other people’s everyday practices.

Whilst there were many possible actions identified in Wrexham’s first two PSAs and many more that have emerged since and will continue to emerge, the Local Authority’s Play Sufficiency Action Plans have focused on further developing and sustaining the systems described above and prioritised those actions that require commitment and support from the highest levels of the Local Authority.

In 2019, Wrexham Council recommissioned Ludicology to carry out further work to inform their third PSA. This included a detailed analysis of children’s responses to the local authority’s latest satisfaction survey as well as research with policy leads and strategic decision makers to evaluate how well the local authority’s systems had developed to respond to the requirements of the Welsh Play Sufficiency Duty.

Throughout this process of assessing and securing play sufficiency, online surveys with children aged 9 and 10 have provided an indication of satisfaction levels across the county borough. In the 2018 survey 78.4% of children rated their overall satisfaction with their opportunities for play as “good” or “great”, 16.7% rated it as “ok but in need of improvement” and 4.8% rated it “not good” or “rubbish”. This compared with 73%, 19% and 8% in 2015, suggesting a 5.4% improvement in the number of children who report experiencing play sufficiency. This continues the trend from the 2015 survey, which identified a 5% improvement from 2012. This suggests a 10% improvement with reported levels of satisfaction with opportunities for play amongst the 9 to 10 age group since the Play Sufficiency Duty was introduced despite the serious economic constraints of the same time period.